Bonus 4th Of July Review and Interview: Denver and the Doolittle Raid

"Denver and the Doolittle Raid" is the debut book by author Bo Burnette. It is a non-fiction yet easy read that is published by Tabbystone Press. I would recommend it to all audiences. The book outlines the life of Denver Truelove, a Georgia boy who joined the service in World War II and was on the Doolittle Raid. He survived the Raid, and the book described his life before and beyond the Raid, through the time he went MIA, and ended with the various awards he and his fellow raiders have received.

This book has plenty of black and white pictures that help "put faces with names" for Denver and his fellow servicemen and make the book really interesting. This would be a great supplement to a history class as it helps build respect for our nation's heroes by showing us that they are real people with real stories.

Thank you to the author for providing me with a copy of this book to read and review. All opinions are my own and were not required to be positive.

As a bonus for this book review, MyBookThoughts is hosting an exclusive interview with the author, Bo Burnette! 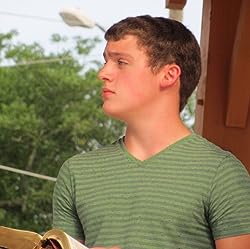 Bo Burnette has written and self-published two books and a short story:

Denver and the Doolittle Raid 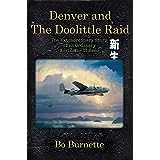 It was the year 1942. The United States was still reeling from Japan's attack on Pearl Harbor. The nation's morale was at an utter low. Then eighty men and sixteen planes, under Lt. Col. James H. "Jimmy" Doolittle, attacked Japan in a surprise carrier-based aerial attack. It was an incredibly daring mission—one that had never before been accomplished. One of these brave young fliers was a bombardier named Lt. Denver V. Truelove. Just a farm boy from Lula, Georgia, Denver was one of the many Army Air Corps volunteers in the Doolittle Raid on Japan. His story is one of bravery in one of the most critical times in history. Denver’s great-great-nephew brings the tale to life for the younger generation with the incredible story of Denver and the Doolittle Raid. 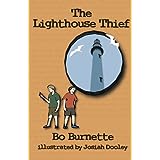 The Fourth of July is always a big holiday on Saint Simons Island. But this year, while coping with a visit from his contrary cousin, 14-year-old Ethan discovers strange happenings at the historic lighthouse. Soon he is caught up in an unexpected adventure and a quest to save his beloved lighthouse. 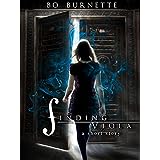 "I could hear the music again, and somehow it seemed louder than before." Every day, Miss Erikson hears mysterious music coming from behind a locked door at the Lang School of Fine Arts. When the strict Mrs. Borg demands she leave the door alone, Miss Erikson's curiosity propels her to uncover the secrets of the ever-closed door. As she pursues the source of the inexplicable music, she must finally face the grief of the past she has long tried to ignore.

And now, for the interview!

MBT: What inspired you to write about the Doolittle Raid?

BB: My relation to one of the Doolittle Raiders, and my strong relationship with his sister (my great-grandmother), are largely what propelled me to write Denver and the Doolittle Raid. In a broad sense, it was my relation to Denver V. Truelove (one of the Raiders) that sparked my interest in telling the story. However, the inspiration came more specifically from a school assignment. What began as a research paper on my great-great-uncle eventually morphed into a book!

MBT: Was Jimmy Doolittle a kinfolk or one of the other pilots?

BB: Jimmy Doolittle wasn’t related to any of the other 79 airmen in the Doolittle Raid. In fact, he was a good bit older than the rest of them, and already had several decades of stunt and army flying under his belt.

MBT: Do you think that the Doolittle raid really made a difference in the outcome of the war against Imperial Japan?

MBT: Do you prefer writing nonfiction or fiction?

BB: I’ve written both, of course, but I find it pretty easy to choose a favorite. To me, fiction is the more freeing of the two, and provides for and endless range of storytelling possibilities. Nonfiction is largely concerned with depicting the facts correctly and (hopefully) in an engaging manner. Fiction, by contrast, has no such restraints; thus, it becomes free to devote itself to depicting life—not only as it is, but as it could be.

MBT:Where can I buy your books?

BB:Both of my books are available for sale on Amazon, and all three works can be purchased for Amazon Kindle. In addition, Finding Viola is available for an even wider list of eBook sellers.

MBT: How do I get a signed copy of one of your books?

BB: The best way to get signed books from me (if you can’t get them in-person) is on eBay. Find the seller “tabbystonepressbooks”—there you will find both my print books for sale, signed.

MBT: Do you have audio editions of your books?

BB: The audio edition of Denver and the Doolittle Raid is being released this week!

MBT: Why do you write?

BB: In a way, I write because I must. I write because the stories in my head won’t go away and the characters won’t shut up, so I figure I might as well share them with others. l write because I love words, and the things you can do when you harmonize words and phrases into chapters and volumes. Above all, I write because it is God’s gift and mandate. In the words of author K.M. Weiland, “Words have ever been and always will be the most forceful catalysts in the world."

MBT: Do you currently have a story you're working on? If so, what is it about?

BB: I am deep into a story at present, and it’s undoubtably my favorite project so far. It has consumed over two and a half years of my life thus far, and I’m not even finished with the first draft! Thankfully, I love the world and characters so much that working with them is simply thrilling. At present, I cannot reveal what the book is about…but I can tell you this: if I had to describe it in one word, that would be adventure.

MBT: How do you face writer's block?

BB: For a long time, I struggled with writer’s block, until I began to realize something: writer’s block really doesn’t exist. I think what many people dub “writer’s block” is simply an excuse. Yes, there are times when I don’t feel like writing at all, but if you footle about waiting for the “perfect” time to write, it’ll never come. I find that when I’m experiencing a blockage of inspiration, I simply write through it. Simply getting my fingers typing often gets my creative juices flowing soon enough.

MBT: About how often do you release a book?

BB:  Simply because I’m not writing full time yet (except for in the summer), I have no set schedule for book releases. However, if things go according to plans with some of my upcoming projects, there will be roughly two years between each of my books.

Thank you so much for your time in answering these questions and providing me with a copy of your book to read and review!

In conjunction with this review and interview, the author has kindly agreed to put the Amazon Kindle edition of The Lighthouse Thief and Denver and the Doolittle Raid free through tomorrow! Be sure to click the links below to get your copy before the sale is over:

Check out my other blog here:  link

Create a free blog on Overblog.com!